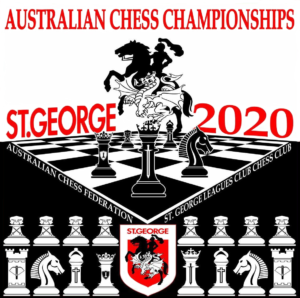 11 round (Dutch) Swiss, with pairings by Vega.

Open, but players who are not Australian citizens or permanent residents must have a FIDE ID.

Enter in the form below. Entries close at 1:30pm on Wednesday 8 January. Entry is free for GM, IM, WGM, WIM.

All moves in 3 minutes plus a 2 seconds increment per move.

The title of Australian Blitz Champion will be awarded to the Australian citizen or permanent resident with the highest final score (after a playoff if required – see Tiebreak section below).

Prize money will be shared equally and each player may win only one prize.

Pairings and rating prizes will be based on the following rating hierarchy:

In the event of a tie for the title between one or more eligible players, a playoff will be held:

The forfeit time for a game is when the player’s time has elapsed.

The FIDE Laws of Chess apply, including Article B.4 of the Competition Rules.